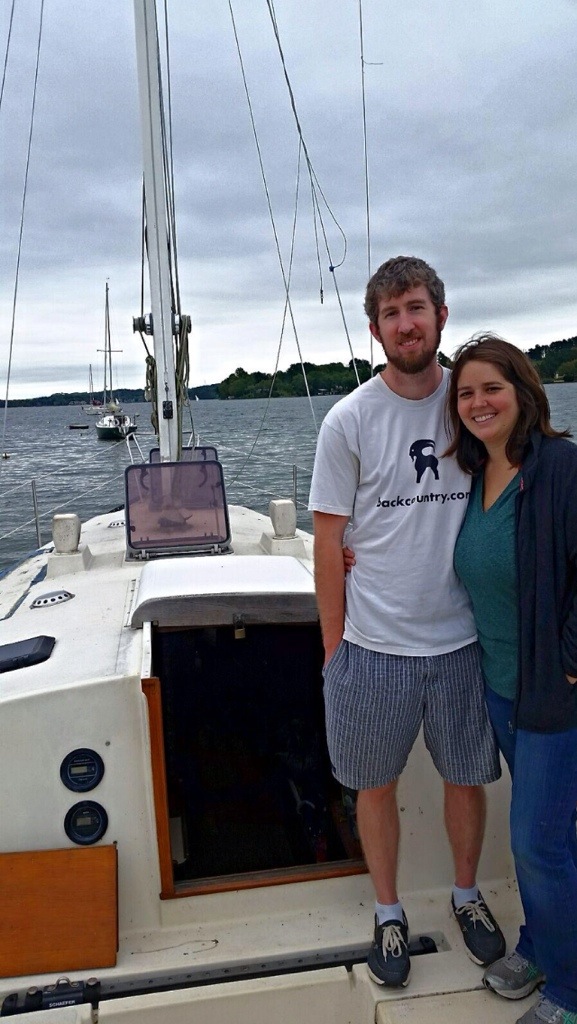 i am lucky to have him

I typed up a long story but somehow didn’t save it.  So now I am going to write it with very little details.

-We moved to Knoxville.  We didn’t take any furniture.  We still have more stuff to get rid of, but we are on the right track.

-Erik ripped the fuel tank out of the boat. I had a mini-meltdown.

-Erik cleaned up fuel tank, and created a port hole cover all by himself. Why buy it when you can make it yourself?!

Initially I was caught off guard when he ripped out the tank.  I was aware that he wanted to give the engine liquids an overhaul.  I thought this included an oil change, draining the at-least-2-year-old diesel, adding clean diesel, and adding a biocide to prevent microbial growth.  But was not aware the fuel tank was coming out.  It was just stressful for me watching it come out. I am over it now.  He is doing the best thing for the boat in the long run, and I will work on my communication skills. After it was out he cut an inspection hole to inspect and clean it, and crafted a porthole cover.  We put the cleaned up tank in the boat, added 10 gallons of diesel, and the next day found a puddle of diesel. WHYYYYYYYYYYY!?!?!???!? A tiny pinhole in the bottom of the tank was the culprit.

When he had it out and we inspected it, 98% of the tank appeared to be in great condition.  Then there were a few spots where tiny pitting had begun due to corrosion.  We checked it out, but thought that it looked like it was still in good shape.  So back in it went. I guess somehow corrosion debris on the inside or outside of the tank had prevented leaking before it was cleaned.  But I am very grateful that this ordeal happened here now.  The thought of ignorantly traveling around with a plugged pinhole in the fuel tank doesn’t sound fun.  So I guess now we are fuel tank shopping…. Thanks, but no thanks boat.  Not appreciated.  Poor Erik who spent a solid week of work only for it to go to waste.  Alas.  The joys of owning a boat. 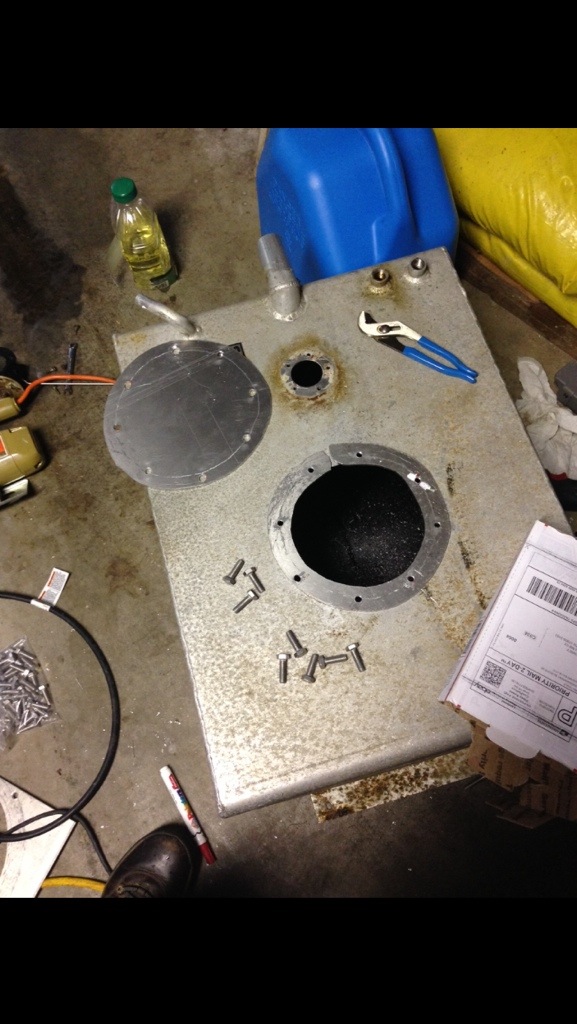 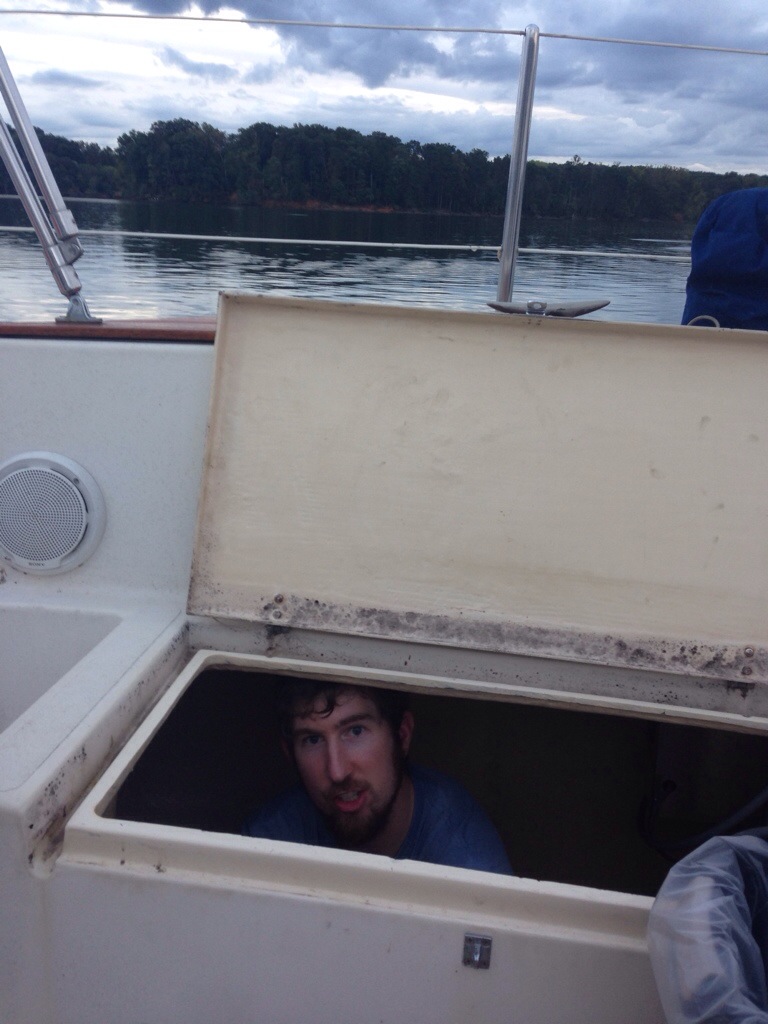 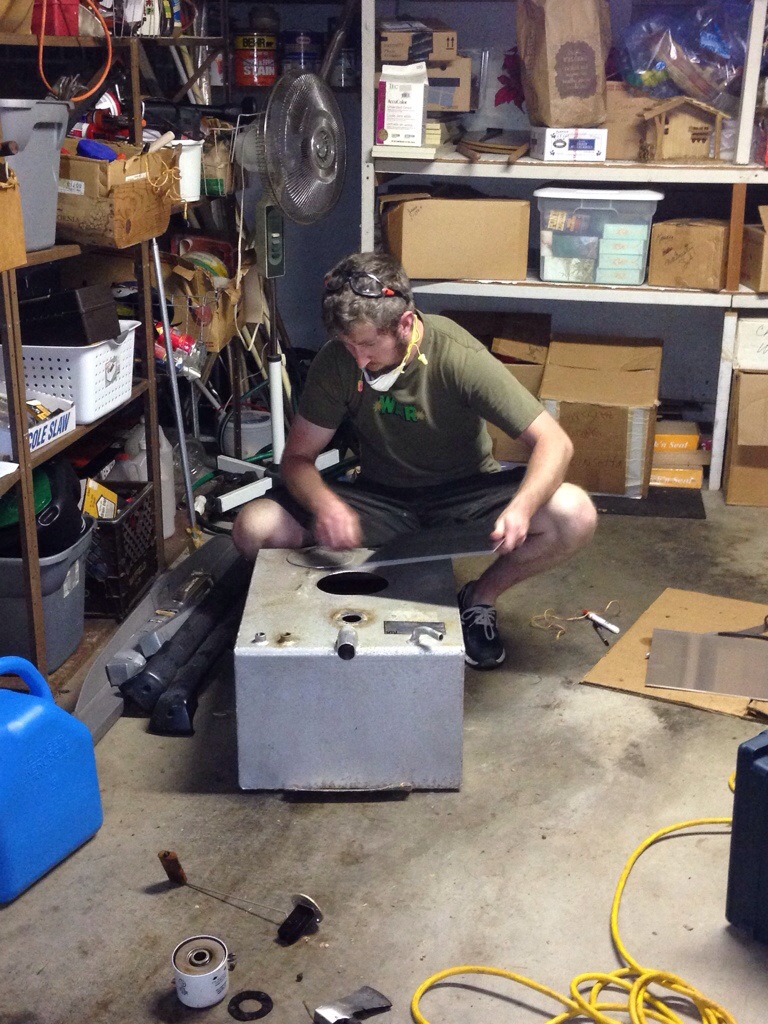 erik working on the inspection port 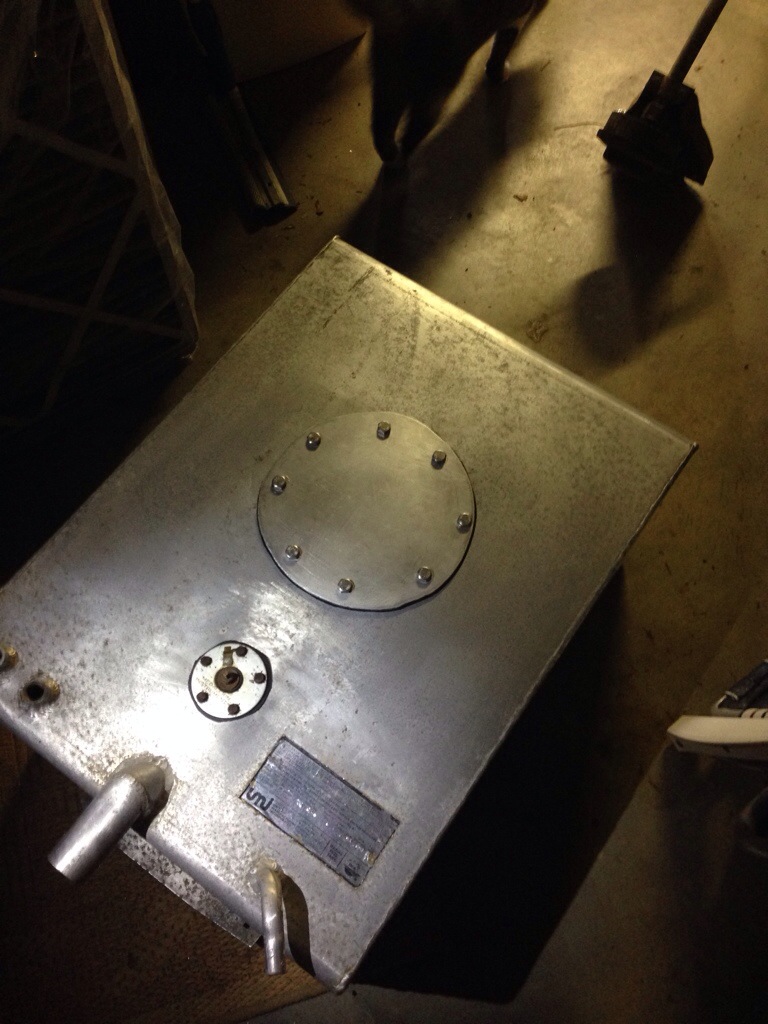 fancy inspection port we will never have the pleasure of using