Dad came to visit! I got the call the weekend mom was in town from Stephanie saying she wanted to do something sweet for Dad so we decided the next weekend would be great! Bryson was ecstatic when he heard the news. As was I! Both of my parents coming to visit back to back, how awesome! I knew Dad has been super busy lately with his business so I was glad  to hear him and his wife, Stephanie, would come visit. 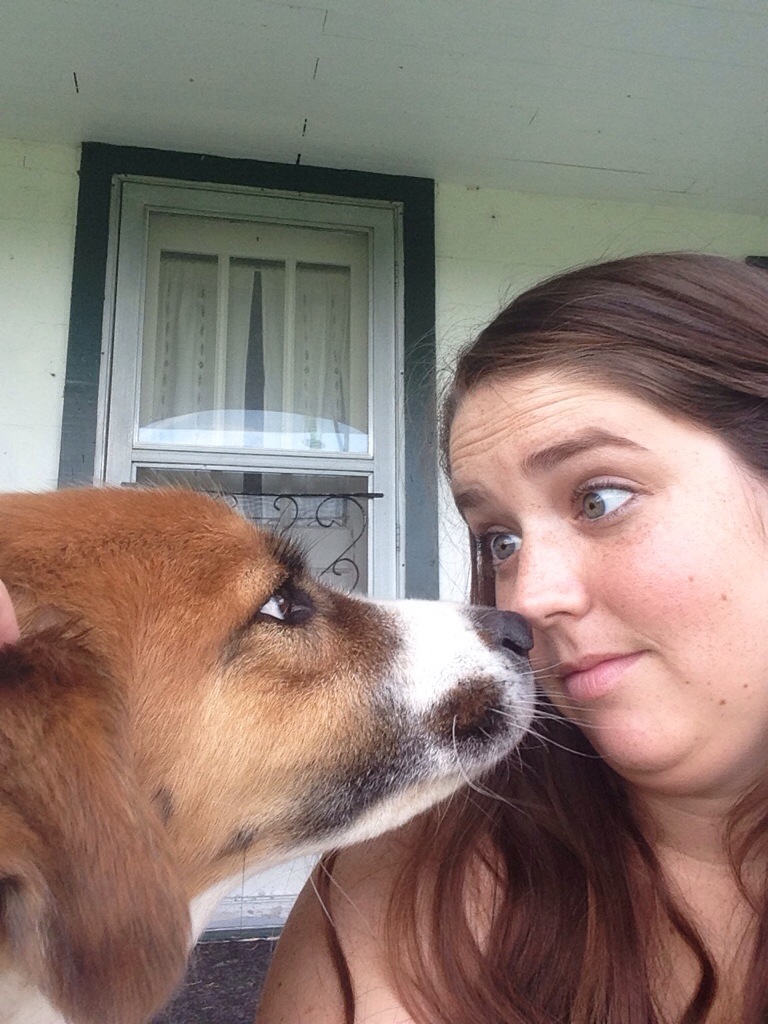 They got to town late Friday evening, and we had good intentions of heading to the boat Saturday for a day filled of relaxation and cruising.  I made a big breakfast: eggs, bacon, cheese grits, and biscuits. YUM!  After digesting for a moment (and waiting for a late riser) Dad and I decided to make a quick trip to Benton’s Country Hams which is famous for their bacon.  Dad requests I bring him some every visit, so I was glad to show him the smoky  ham house.  He picked up some prosciutto and some bacon and got a pack for me to cook too. 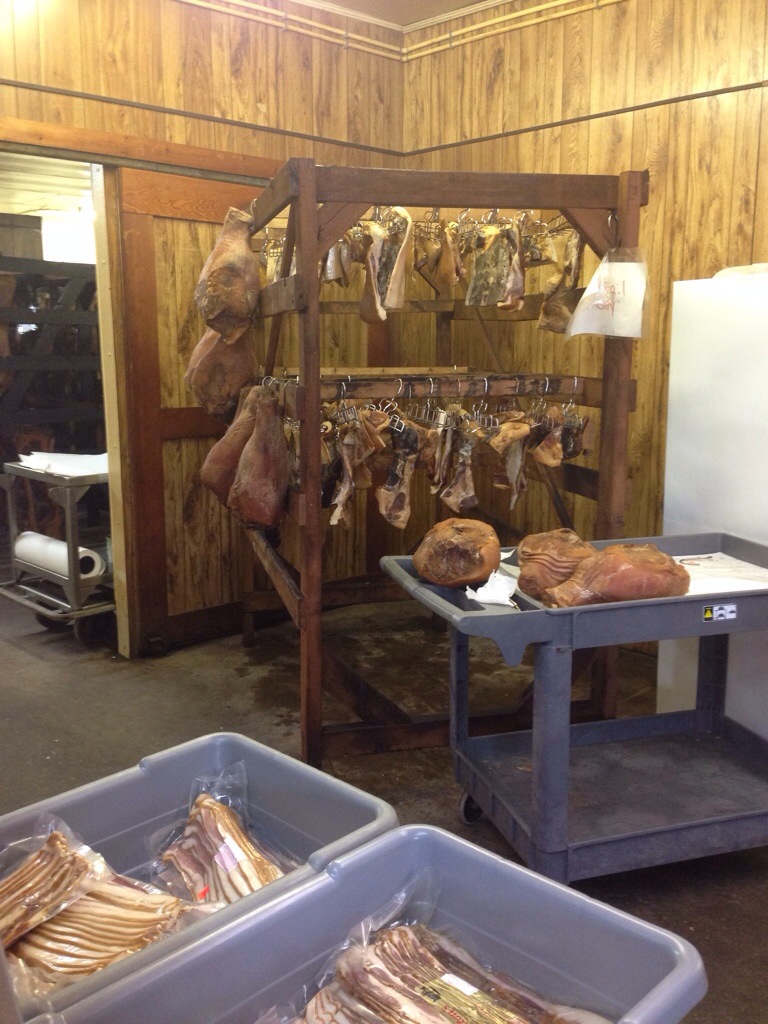 After we got back the house we made our lunches and loaded up the car. And as soon as we had loaded the cooler in the car, the skies turned grey and downpour ensued.  So what else is there to do on a rainy day? Go to the flea market! Sweetwater has a huge flea market so we wandered around, people watched, listened to some country music, and bought an Ewok.  Yep I got an Ewok to make a terrarium Ewok village.  It’s pretty pathetic in it’s current state but I have plans for it 🙂 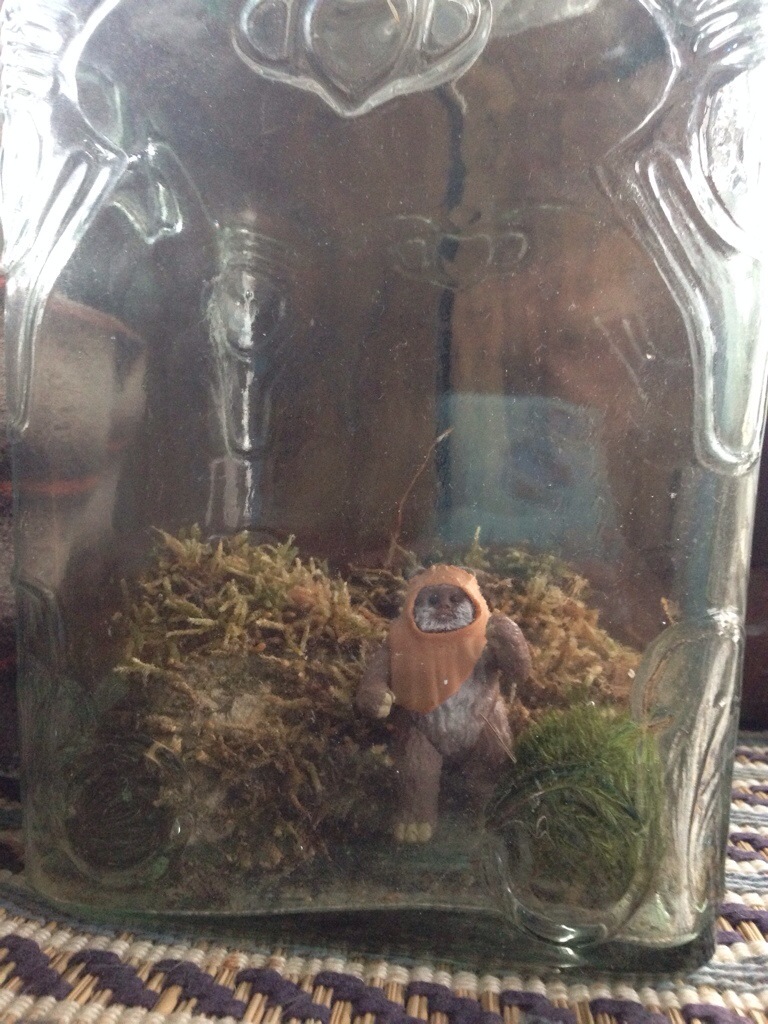 So we spent Saturday evening wandering Market Square, enjoyed a delicious dinner, and had big plans for boat fun on Sunday.  And it didn’t disappoint! We got an early start and the day was gorgeous.  We cruised around for a bit, Erik practiced his backwards maneuvering doing reverse figure eights around a buoy (since we had a minor hiccup when departing in reverse), and anchored.  We hooked the swim ladder up and hopped in the refreshing lake!  It was so nice.  For some reason when I was swimming I was intimidated by Ragnarok!  She is so huge when you are down in the water next to her! But I finally got the courage and touched the butt! (Finding Nemo anyone?)  We grabbed our masks and after a little coaxing from Erik I went down to investigate the keel.  Looked great, nothing unexpected so that was good. 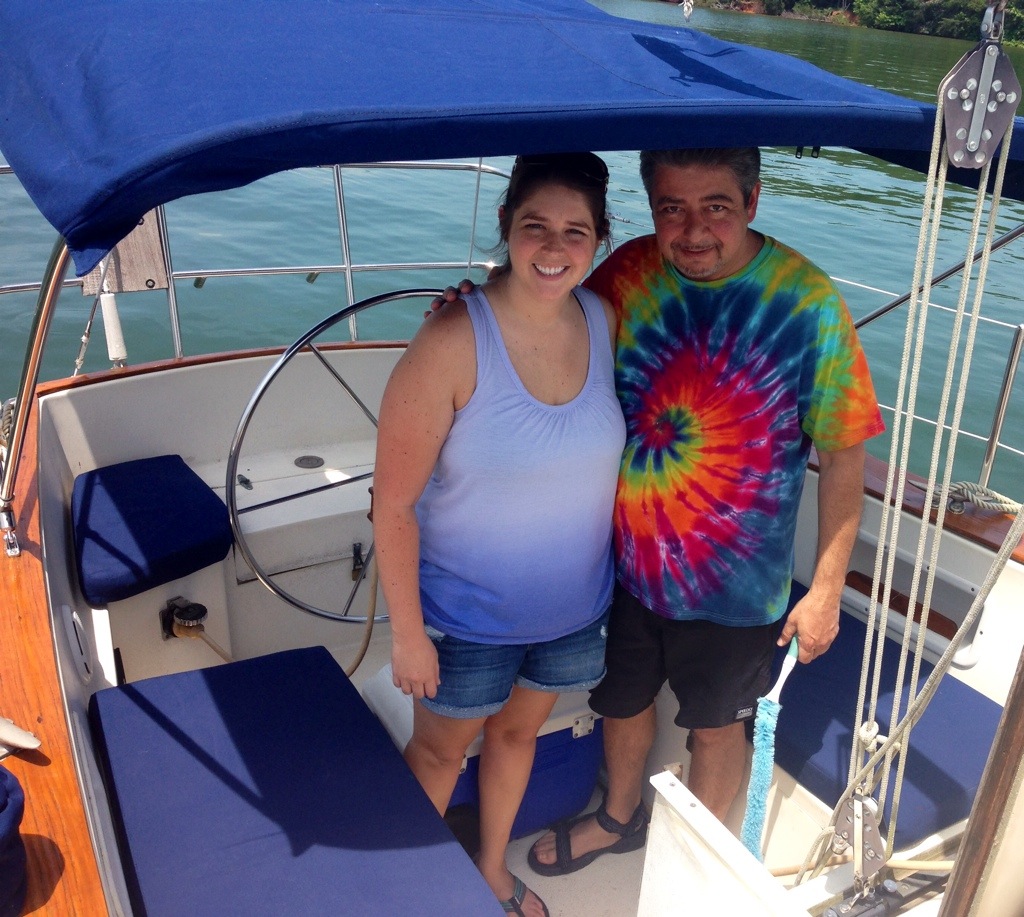 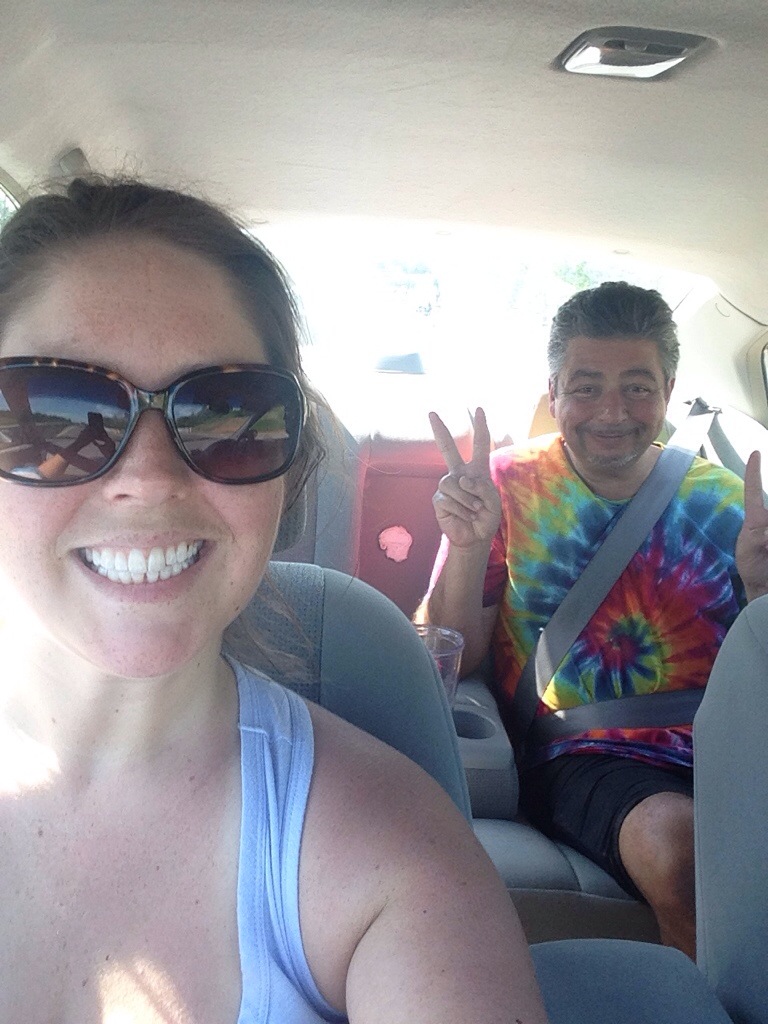 I really enjoyed having Dad come visit.  It’s obvious where I get my love of tye dye from 🙂 I will be heading his way next! 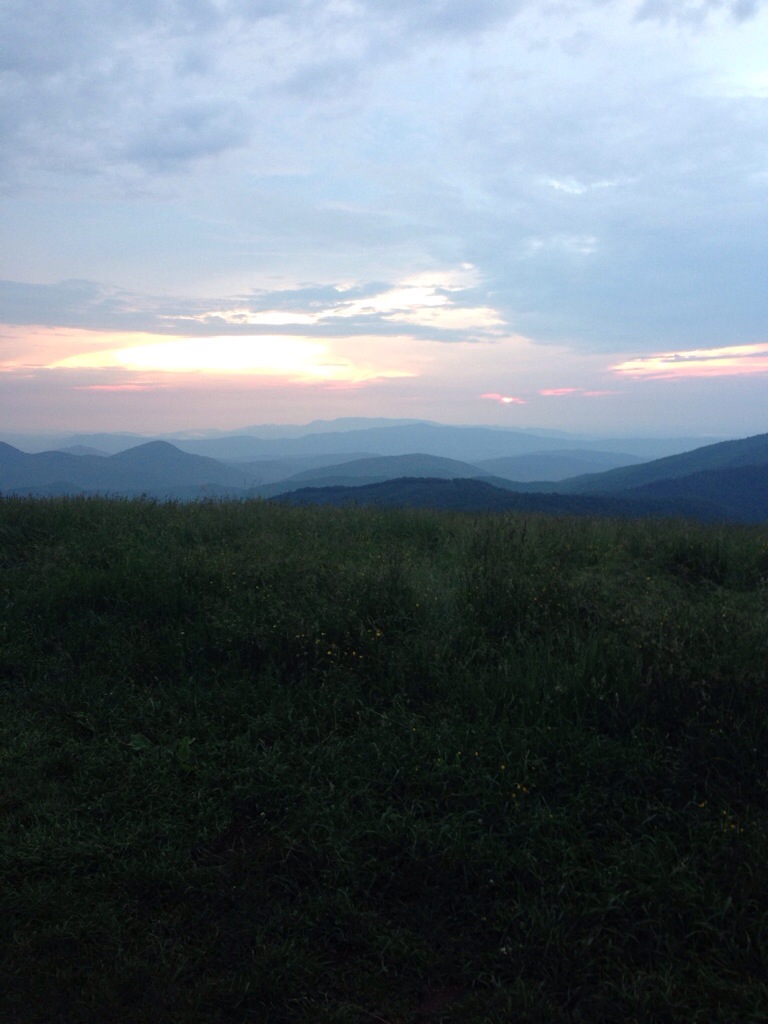 The weekend after Dad left I really wanted to spend some time with Erik doing something unplanned and spontaneous (those are always the best trips right?).  I wanted to thank him for being so amazing at handling my mom and my dad back to back weekends! It was awesome seeing both of them and Erik was a trooper.  He had never been to Max Patch before so I decided Friday after work we would jet to NC to catch the sunset from atop Max Patch, and we made it just in time! We sat in the grass, drinking a beer and enjoying each others company well until the sun set and it was dark at which point we realized we didn’t have a light for the walk down, and it also meant trying to find somewhere to camp in the dark.  Well we made it, and found a place to set up the tent and passed out. 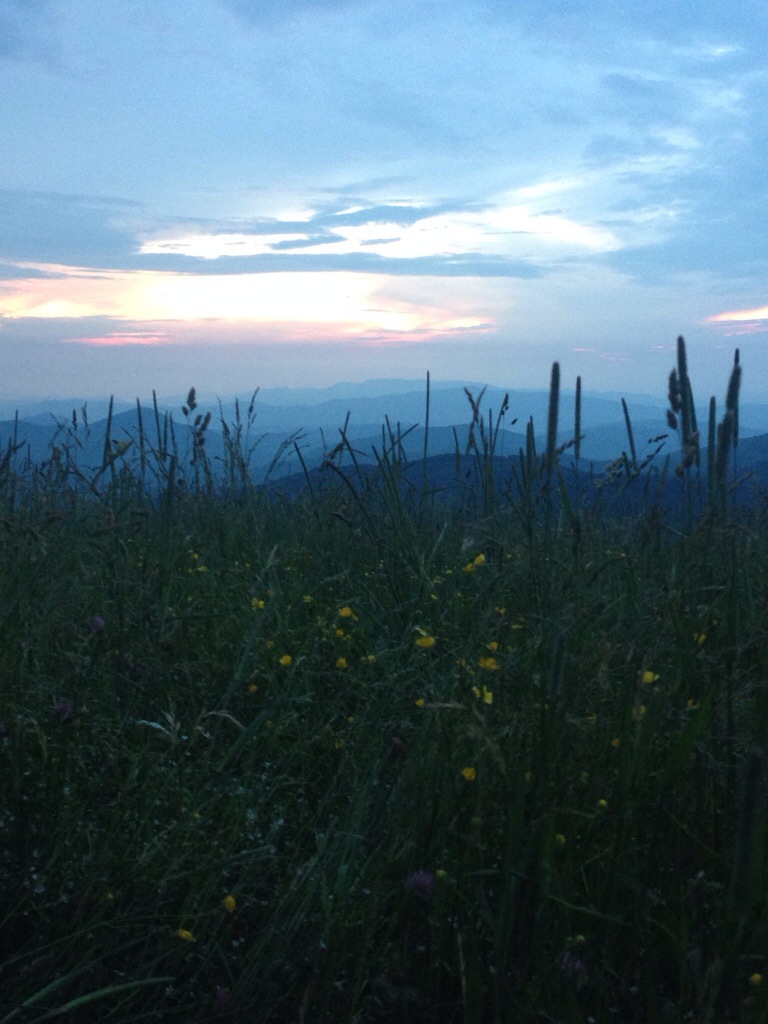 The next day we start driving and while I thought I was on the right gravel road taking us into Del Rio, I was lost.  But when we saw a sign for a waterfall we had to investigate.  Good thing we had my all wheel drive car because the road getting in was rough! We pulled up and a short hike down a ravine led us to Wolf Creek Falls.  How GORGEOUS?!  This folks is one of the reasons I love where I live. This is pure bliss. 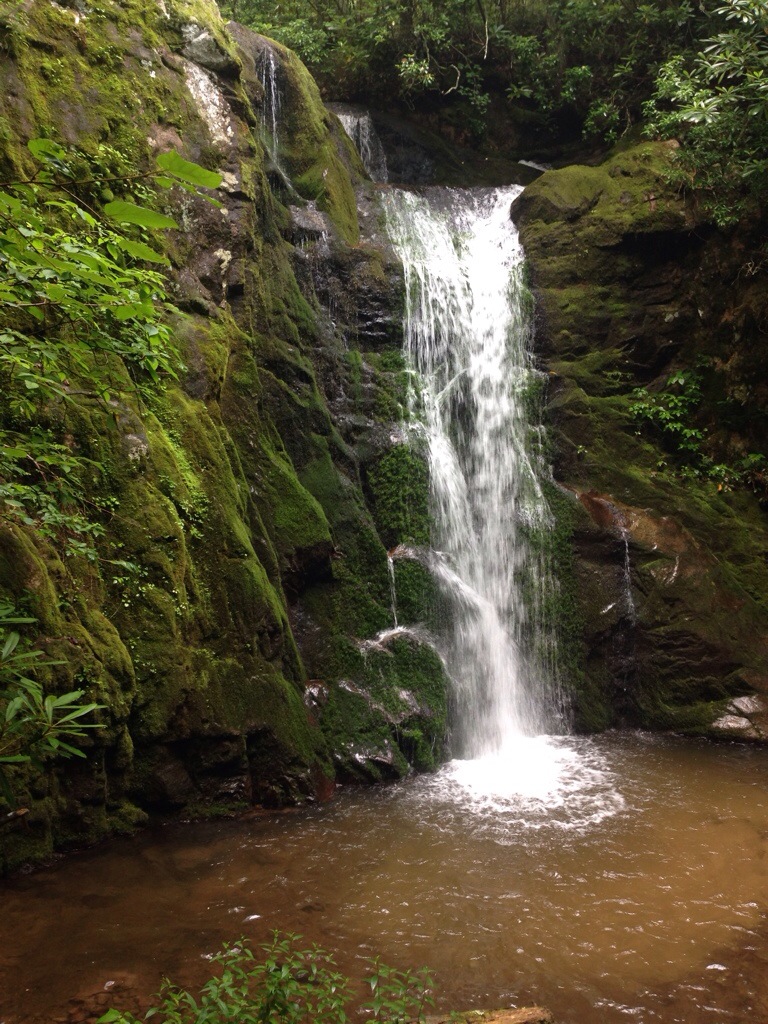 The waterfall was quite enticing but after climbing to the banks and feeling the rushing air that was freezing cold I decided I was cool enough and I didn’t need to swim.  Erik on the other hand… 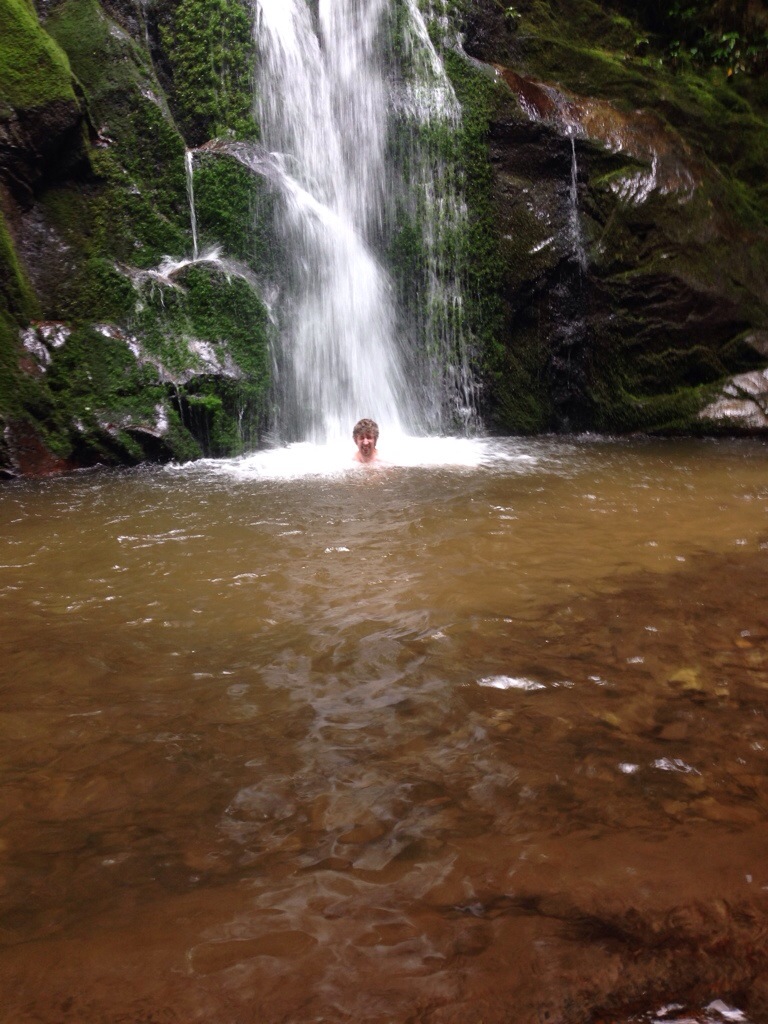 Erik is so good at finding snails! This dude was a monster and probably the largest/prettiest snail I’ve ever seen. After departing from the waterfall we headed to my old stomping grounds, Hartford TN.  The plan was to meet up with a friend but after an unexpectedly busy day she was unavailable, but luck was in our favor. We were able to borrow a boat and raft down the river ourselves.  Much fun. 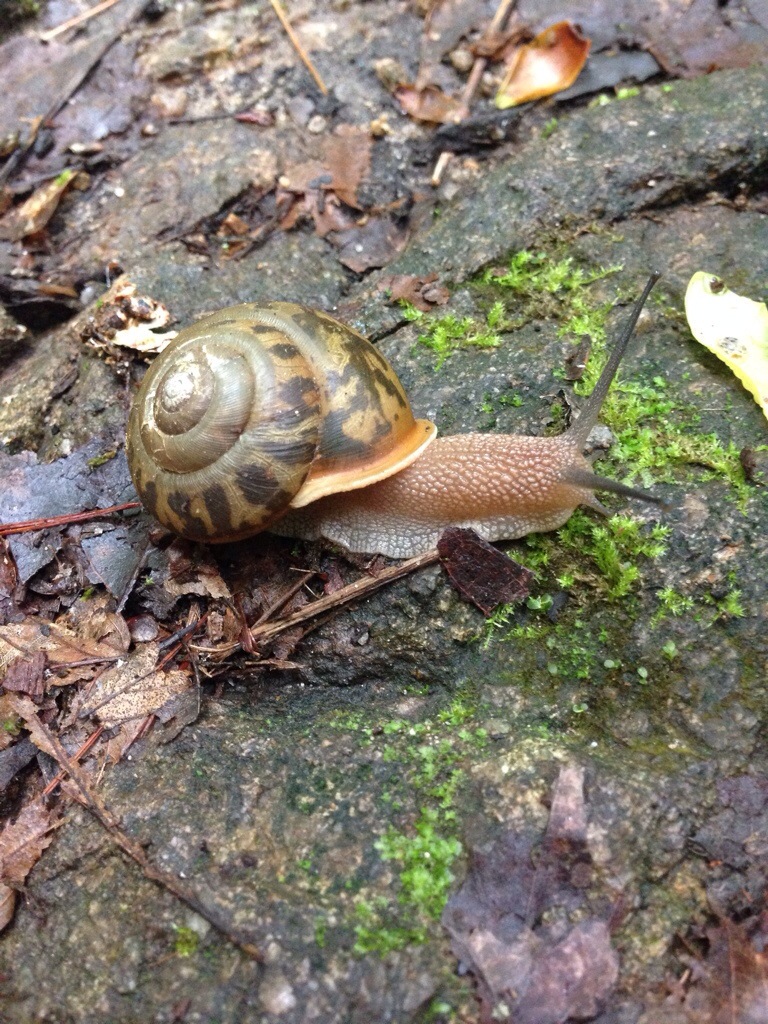 And I have been practicing yoga a little bit.  Started a beginners book and attend classes, and I finally got my headstand.  It’s nothing glorious but it’s not easy! I’m proud of my baby step! 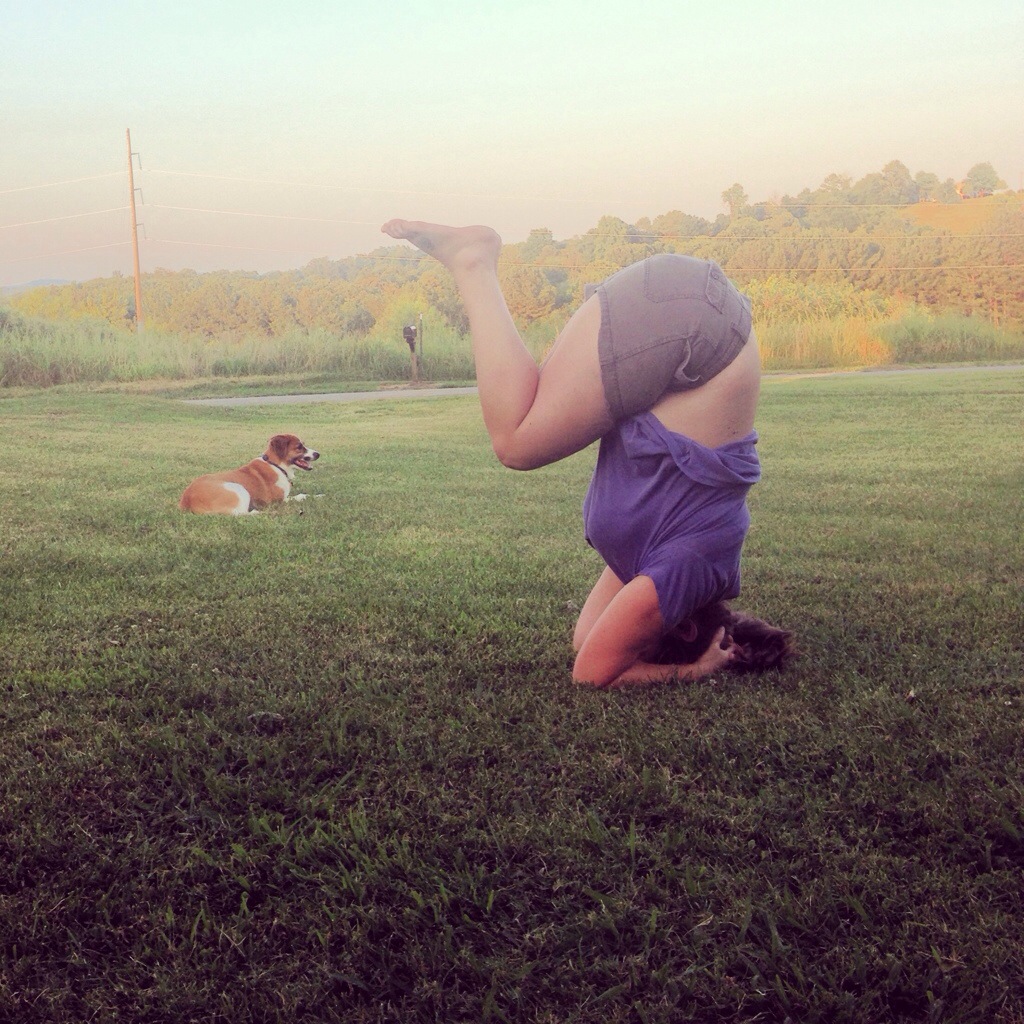 We had a really good Fourth of July as well.  We spent all weekend on the boat doing THE BIG REPAIR! (keep posted!) We were able to watch the fireworks at the yacht club from our boat, and the next day we watched more fireworks from Eriks mom and step-dad (Teresa and Pete) house boat.  It was an all around success! 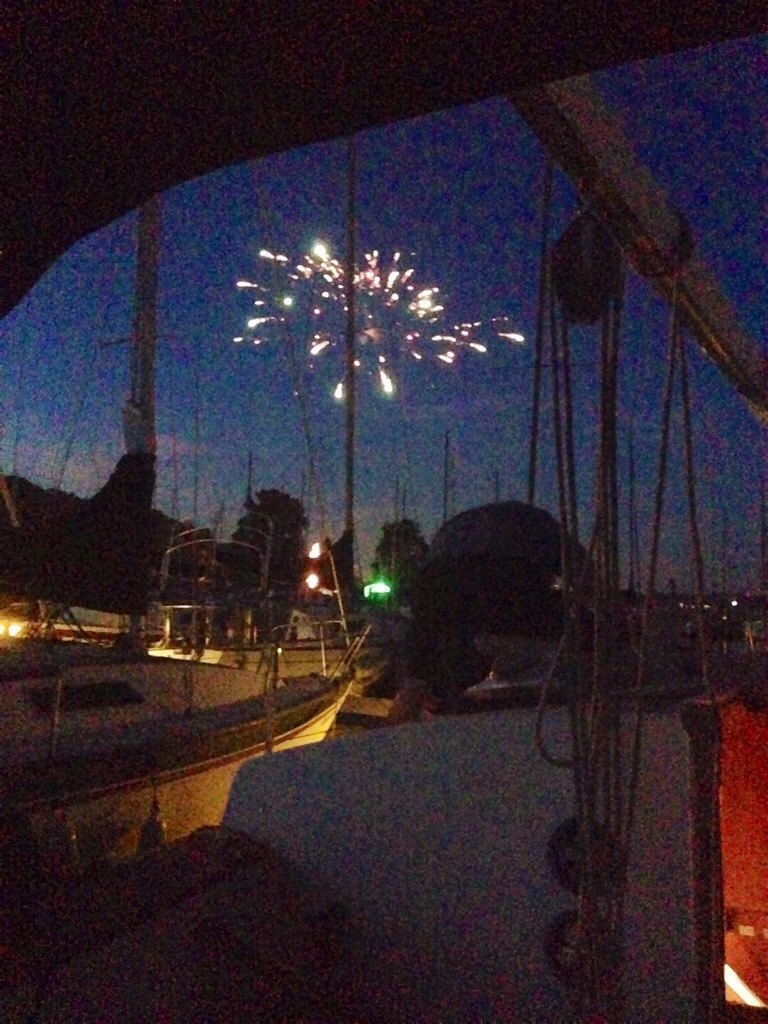